The Unusual Genius Of Allan Rayman

Oh Wonder is Living the Dream

2020 is Boring but the Boys of Surfaces are Lively

What Does a Free Meek Mill Mean For Hip-Hop?

Fresh off a controversial legal situation, Meek Mill is back in the spotlight with more eyes on him than ever. How will that translate into his music?

Mere moments after his very sudden release from prison on April 24, Meek Mill hopped on a private helicopter provided by Philadelphia 76ers co-owner Michael Rubin and headed to Game 5 of the NBA Playoffs Round 1 series between the Sixers and Miami Heat. When he got to the arena, the Philadelphia native received a hero’s welcome and rang the ceremonial bell prior to tip-off before taking a courtside seat between Kevin Hart and Jake Paul — it was a surreal day, to say the least.

For the first time in a long time, Meek was the people’s champion. His legal situation was far bigger than hip-hop as he became a symbol for how the American justice system entraps young Black men and sets them up for failure. His release was a huge victory in that sense and whatever he does in music from this point on will be under a microscope for both his supporters and haters.

Those who follow hip-hop already know Meek can rap his ass off and it’s always been what he does best, but his stock in the game was in a bit of a decline just before his incarceration last year. Having been embarrassed in a high-profile beef with Drake in 2016, Meek was already left battered in the public eye and then he and Nicki Minaj decided to call it quits in early 2017. His album from last year, ‘Wins & Losses,’ did relatively well commercially but still lacked the staying power of his first two albums.

For a rapper like Meek, this is his time to shine. When Gucci Mane was released from prison in May 2016, he became an even bigger star than before his sentence. When the Atlanta rapper left prison, he got straight to work and released a number of songs and mixtapes to hold fans over until he dropped official projects that were generally received very well by fans and critics. Not only is Meek’s story more compelling than Gucci’s, but he’s a more lyrical rapper who can convey his struggles in a captivating ways. 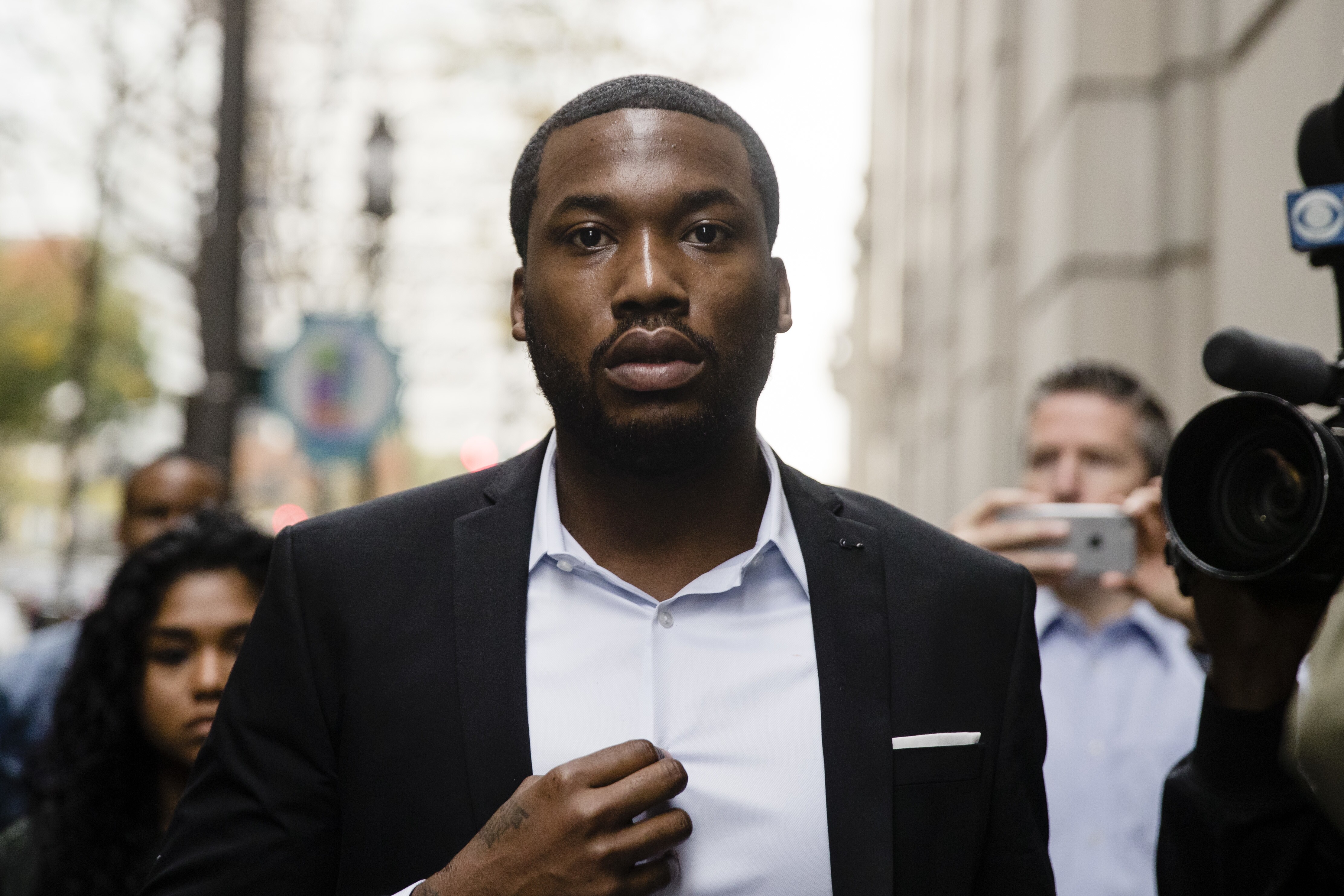 Meek might never be in the same category as someone like Kendrick Lamar or J. Cole, but if he can take that pent-up raw energy and channel it into his music — we could be on the verge of a magical moment in hip-hop.

Of course, all this is really up to Meek. His music may reflect a different side of him that people haven’t seen before or it might be a continuation of what he’s already proven to be good at. Best case scenario, there will be some kind of a musical balance that addresses both in a tasteful manner. People want Meek tracks that slap and provide motivation to the hustlers, but they also want to hear about what he’s learned throughout this entire legal ordeal.

At 31, Meek is at a different place in his life than he was two or three years ago. His career has a rapper and his rights as a human being have both been tested greatly, now it’s time to show the world if he’s really here to make a difference or whether he’s just happy to be back in the game.

The Unusual Genius Of Allan Rayman

Oh Wonder is Living the Dream

2020 is Boring but the Boys of Surfaces are Lively

Dermot Kennedy is Here to Stay